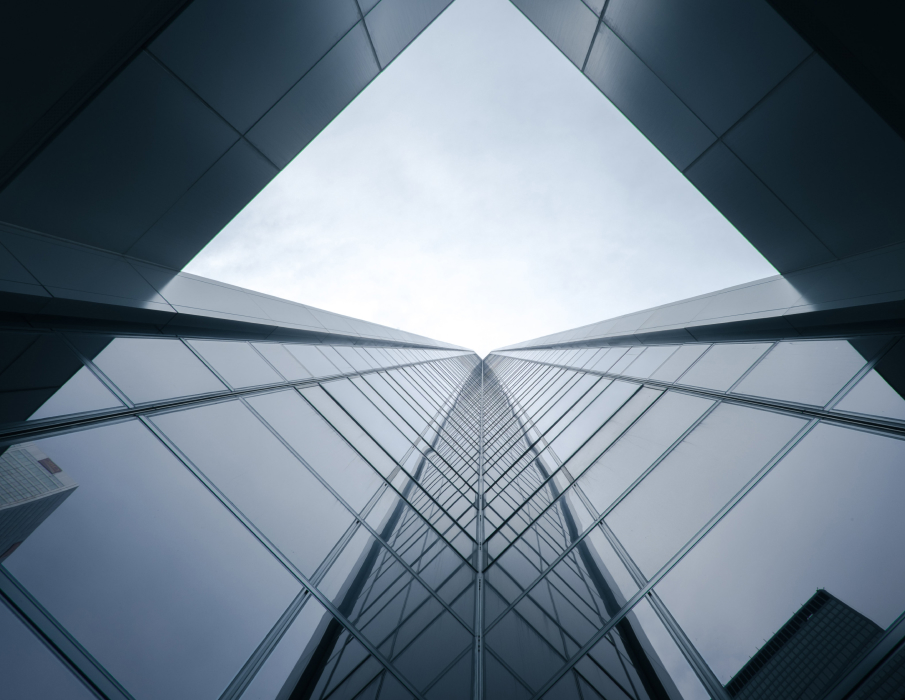 Our management and staff are well qualified capital market experts having long domestic, regional and international market experience in various industries. Valor Capital focuses on IT, Green Energy and Media&Entertainment. Valor Capital focuses mainly on innovative and early-stage investments, where there is already revenue or significant userbase. Financing projects in traditional industries is also possible. Valor Capital is authorized by the Hungarian Financial Supervisory Authority (Permission No. H-EN-III/139/2014.).

Graduated at the Budapest University of Economic Sciences and Public Administration as a financial investment analyst and risk manager in 2003.

He has more than 12-years experience in venture capital and private equity investments, as well as, strategic and financial management of companies. Between 2003 and 2007 he worked for the Hungarian Development Bank (MFB) and MFB Invest Zrt. His position was investment analyst, he was responsible for the analysis of development plans, company valuation, the support of the operation of the portfolio companies, and the exit from the investments.

He is working for Cashline Group since 2007 as a portfolio-manager, active in the deal flow generation, project analysis, valuation, management of the entire investment and exit process, as well as, strategic management of the portfolio companies. Since 2012 he is responsible for the venture capital activity of Cashline Group, and is the CEO of Valor Capital.

He completed a Ph.D. Program at Corvinus University of Budapest, on the Department of Environmental Sciences and Technology in 2015. His research topics are environmental innovations and patents. He is managing director and board member of numerous Hungarian small and medium-sized enterprises. 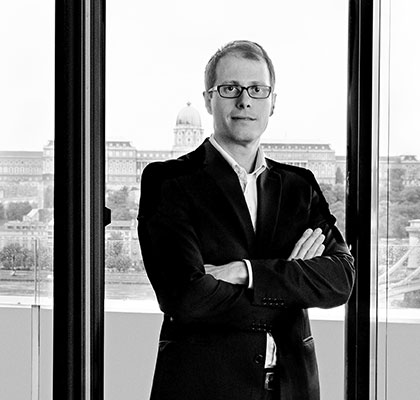 Graduated at the Budapest University of Economic Sciences and Public Administration as a financial investment analyst and risk manager in 2003.

From 2003 to 2005 at KPMG Corporate Finance he dealt with company valuation and corporate finance.

From 2005 he is a portfolio manager of Cashline Group, identifying investment opportunities, analysing projects, evaluating companies, coordinating complete investment projects from the investment phase to the disposal.

Between 2013 and 2020 he was a member of the board of directors of Pannergy Ltd., the leading geothermal heat producing company in the CEE Region. He participated in the development and exit of 8,5 MW KÁT system solar power plant project, furthermore he is working on the development of 75 MW METÁR system solar project. He also managing director and board member of several other Hungarian SMEs. 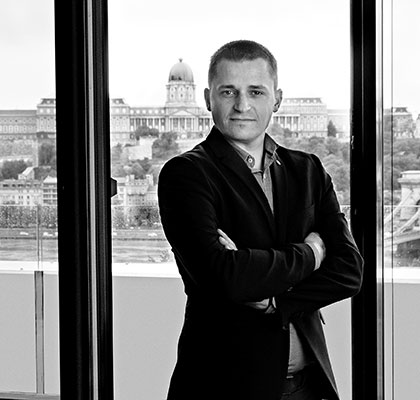 He graduated at Budapest Corvinus University as investment analyst in 2012.

In 2009 as proprietary derivatives dealer traded T-bond futures on Eurex and LIFFE.

In 2012 he reached finals of Kochmeister-prize organized by the Budapest Stock Exchange. In 2015 he successfully completed the CFA program. 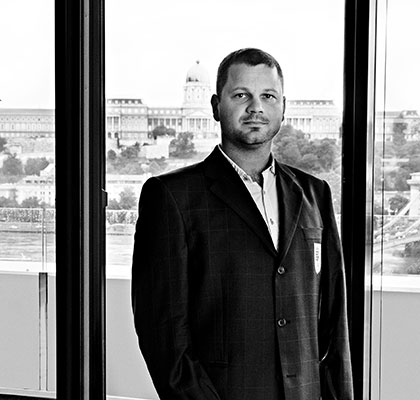 Graduated at the Budapest Corvinus University on faculty of Business Administration in 2007.

Between 2007 and 2009 he worked for the orthopedic industry’s global participant Otto Bock HealthCare as a demo patient, testing bio-electric upper arm prostheses. He developed his own adaptive sports prosthetic device to support his peers for which he achieved the title of Civil Hero of the Year in 2011. He represented Hungary in alpine skiing at the Paralympic Winter Games in 2010 in Vancouver.

From 2009 to 2013 he worked for company group UB Merchants dealing with data processing, logistics and preparation of market analyzes.

Since 2013, he is investment analyst at Cashline Group responsible for valuation, business modeling, relationship management with the portfolio companies, as well as, regular monitoring of their activities. 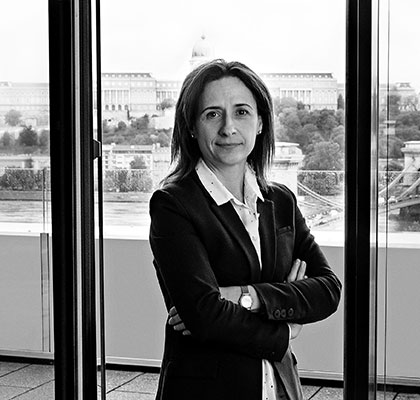 Graduated at College of Trade and Catering (now College of Economy) at the faculty of Trade as economist, followed by postgraduate degree from foreign trade. In 1996 she received legal specialization in Economics at Eötvös University Institute of Legal Studies, in 1999 she became a registered auditor. She has acquired tax advisor degree in 2001.

She has worked on several special fields of accounting, tax and audit, such as production, non-profit enterprises, travel agencies, agriculture, and capital markets.

She has been gaining capital market experience since 2005. Her tasks include the professional coordination and control of the accounting of group-companies, tax and accounting advisory, and in connection with the acquisition activity of the Group, tax and accounting due diligence of companies. 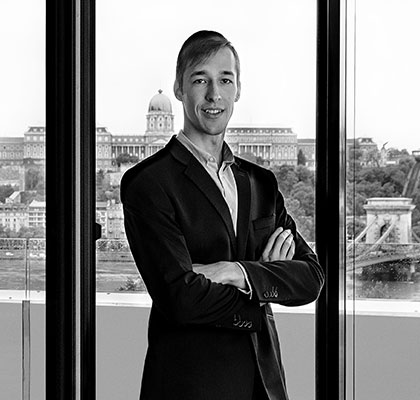 Graduated at the Budapest Corvinus University with a degree in finance MSC in 2019.

He worked as a risk manager intern in the corporate finance area between 2016 and 2018. Besides his studies, he continuously extended his knowledge of venture capital financing and corporate management as well. He participated in several national management team-competitions where he achieved numerous podium results.

Since 2019 he is an investment analyst at Cashline Group responsible for valuation, analyst and the regulatory monitoring of the portfolio companies in which he regularly undertakes management director positions.

Have a question? Send us a message!